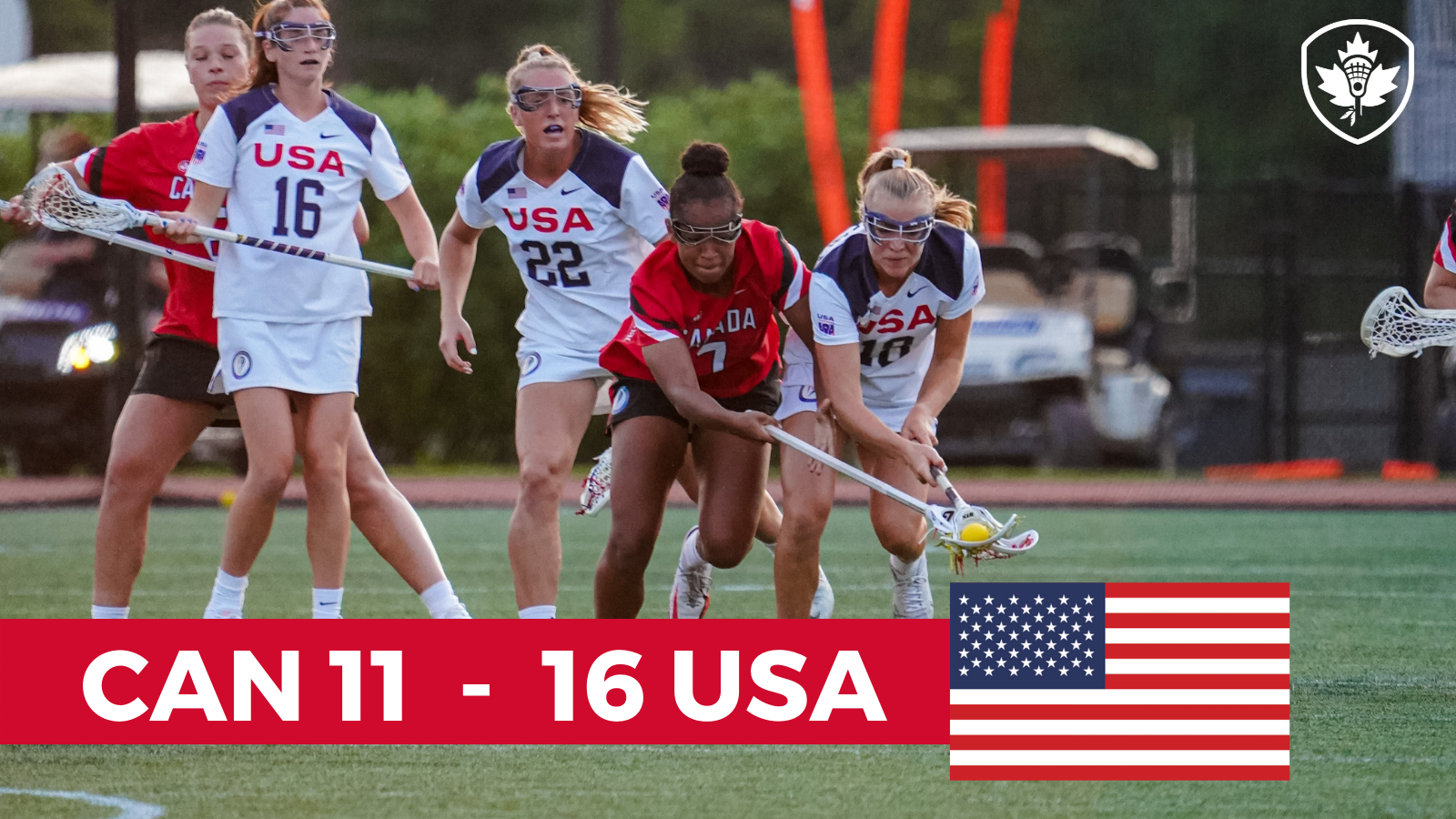 Dana Dobbie led the team with three goals and an assist, while Aurora Cordingley (2G, 2A) and Alie Jimerson (1G, 3A) joined her in the four-point club. Jimerson opened the scoring in the ninth minute, assisted by Dobbie.

“It was a battle through and through,” said Scott Teeter, Canada’s head coach. “We knew it would be a chess match, and it was. They capitalized on some of our turnovers, and it resulted in a lot of running, but it was never over. We stayed in it, and we’ll only get better from here.”

Johnny Unitas Stadium at Towson was filled—fans lined up at the gates post-game to take photos and ask for autographs, including a very special group in custom t-shirts. The “Louisville Fan Club,” comprised of Louisville women’s lacrosse players, turned out in numbers to support Nicole Perroni, Hannah Morris, Brenna Shanahan, Kay Morissette, coach Teeter, and assistant coach Allison Daley, with images of the group printed on their shirts… that now bear the signatures of Team Canada.

“All in all, I think we really played them hard. We had a lot of great moments, but going forward definitely need to work on transition, taking care of the ball, and communicating on defense,” said captain Erica Evans.

Evans was named one of the captains, joining Dana Dobbie, Lydia Sutton, and Emily Boissonneault. She is playing in her third World Championship.

“Obviously excited and honoured to be named a captain, and to do that while representing my country. But we have 20 amazing leaders on this team. This is my third championship, and every year it just gets better and better.”

Canada will practice Thursday, before returning to Johnny Unitas Stadium to face Australia on Friday, July 1 at 5 p.m. ET.

The complete Women’s World Championship schedule can be found here.