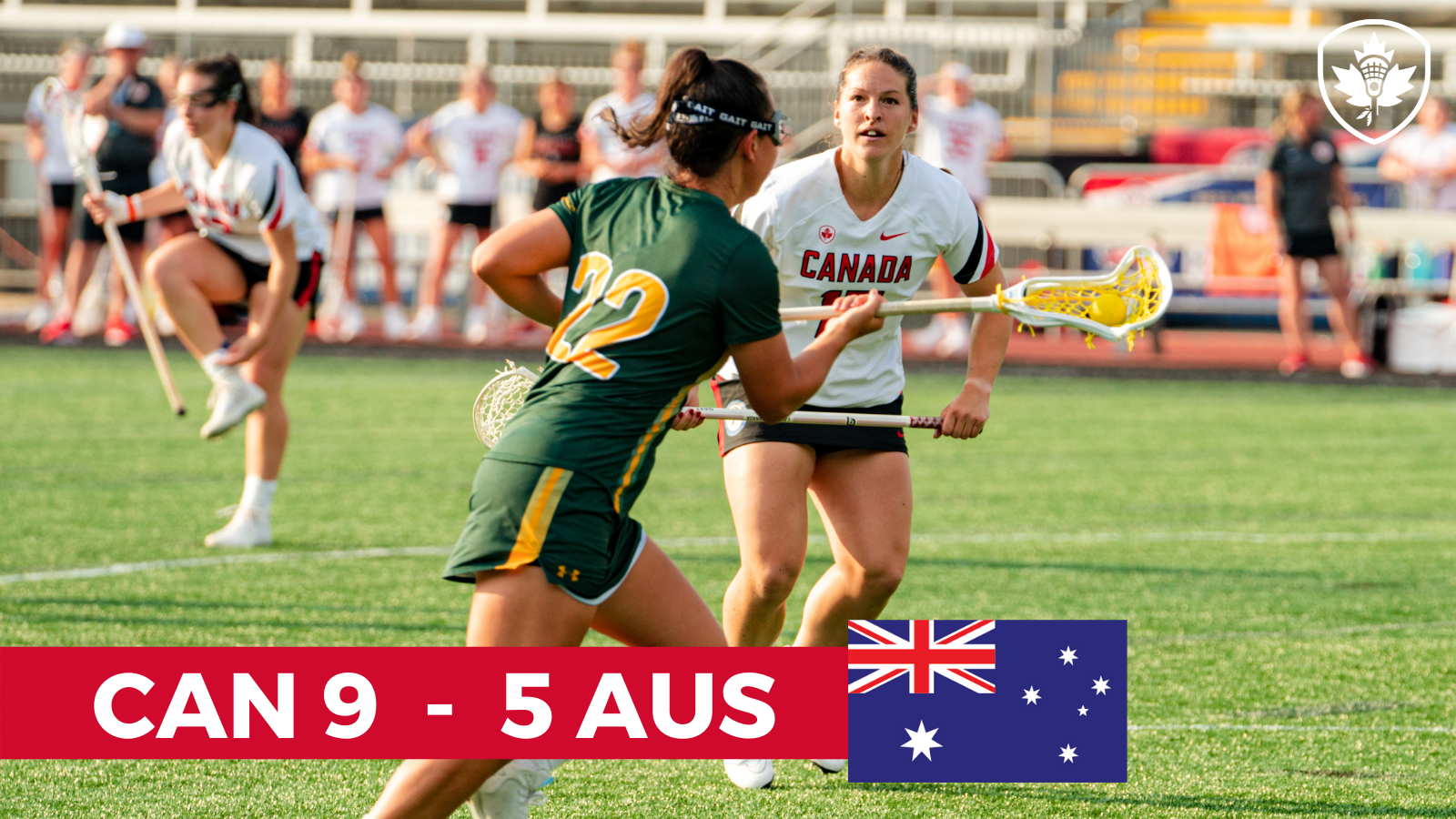 Towson, MD—Canada contended with a number of inclement weather delays during their second game of the 2022 World Lacrosse Women’s World Championship against Team Australia, resulting in a 9-5 victory.

“We got through it,” said head coach Scott Teeter. “It was tough with the delays in-game, and not our best all-around effort. However, our defense and goaltending were again a bright spot tonight.”

In a physical game, Canada scored five of its goals off eight free-position shots, whereas Australia scored one of six.

Brooklyn Walker-Welch who was outstanding on defense and on transition, finishing the night with two ground balls, was awarded Player of the Game.

“Tonight, we were all playing for something bigger than ourselves. And as Dana said this morning, playing for every kid who couldn’t,” she said post-game.

Canada has a day off tomorrow, before returning to Johnny Unitas Stadium to face England on Sunday, July 3 at 8 p.m. ET. They will round out pool play on Monday night, against Team Scotland at 8 p.m. ET.