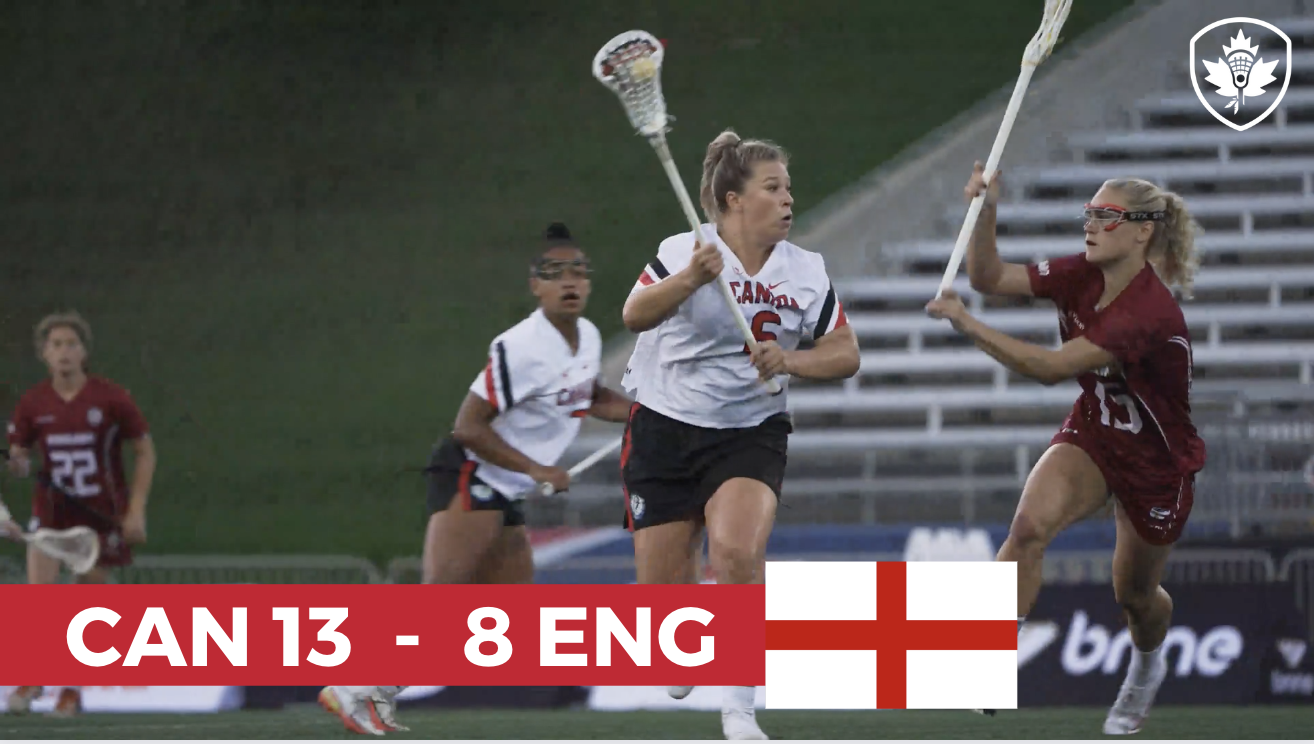 “Our defense kept us in this game from the beginning. Especially Brooklyn [Walker-Welch] who did an outstanding job in the defensive end,” said Caitlin Watkins, the teams defensive coordinator.

Canada finished the game with 30 shots and 18 draw controls. Fourteen of those were from Kaylin Morissette, who set a tournament record for draw controls and was named Player of the Game.

“The draw is a game within a game, and it’s something that, as a team, we take a lot of pride in dominating,” said Morissette. “The circle people tonight did an incredible job creating space, boxing out, and giving me the confidence to draw it to myself. It was a full team win, from goalkeeping to scoring. It was a great night to be Canadian.”

England started out strong, scoring the first two goals of the night, but Canada ramped up the offense in the second half. Alie Jimerson ended the night with a hat trick. Madalyn Baxter, Erica Evans, Annabel Child, and Dana Dobbie all finished the night with two goals. Aurora Cordingley and Nicole Perroni were the other two goal scorers.

Canada will play their last round-robin game against Scotland on July 4 at 8 p.m. ET.