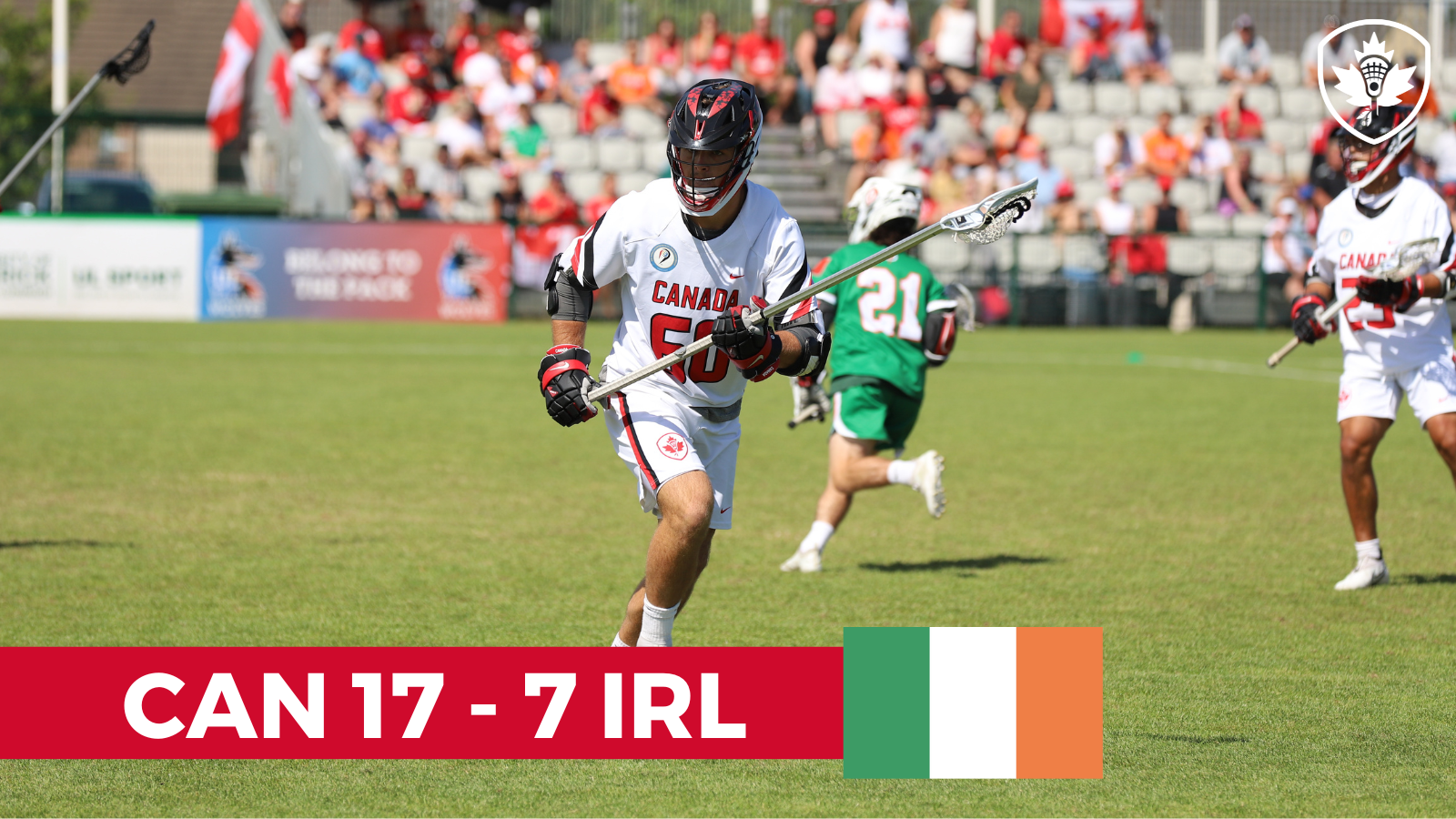 Limerick, IRE—Canada advanced on Wednesday to the semi-finals at the 2022 World Lacrosse Men’s U21 Championship with a 17-7 win over the host nation, Ireland.

Canada toppled the previously undefeated Ireland, despite a strong opening. Ireland opened the scoring and had Canada on the defensive early, but a high scoring third quarter saw Canada secure their victory.

Canada has appeared in every semi-final of the U-19 (this year U-21) tournament, with 2022 being no exception. It will mark their ninth top four finish. A semi-final win would see Canada play in the gold medal game for the sixth time in a row.

Canada will face Australia in the first semi-final on Thursday at 4 p.m. IST on ESPN+ and TSN Live.