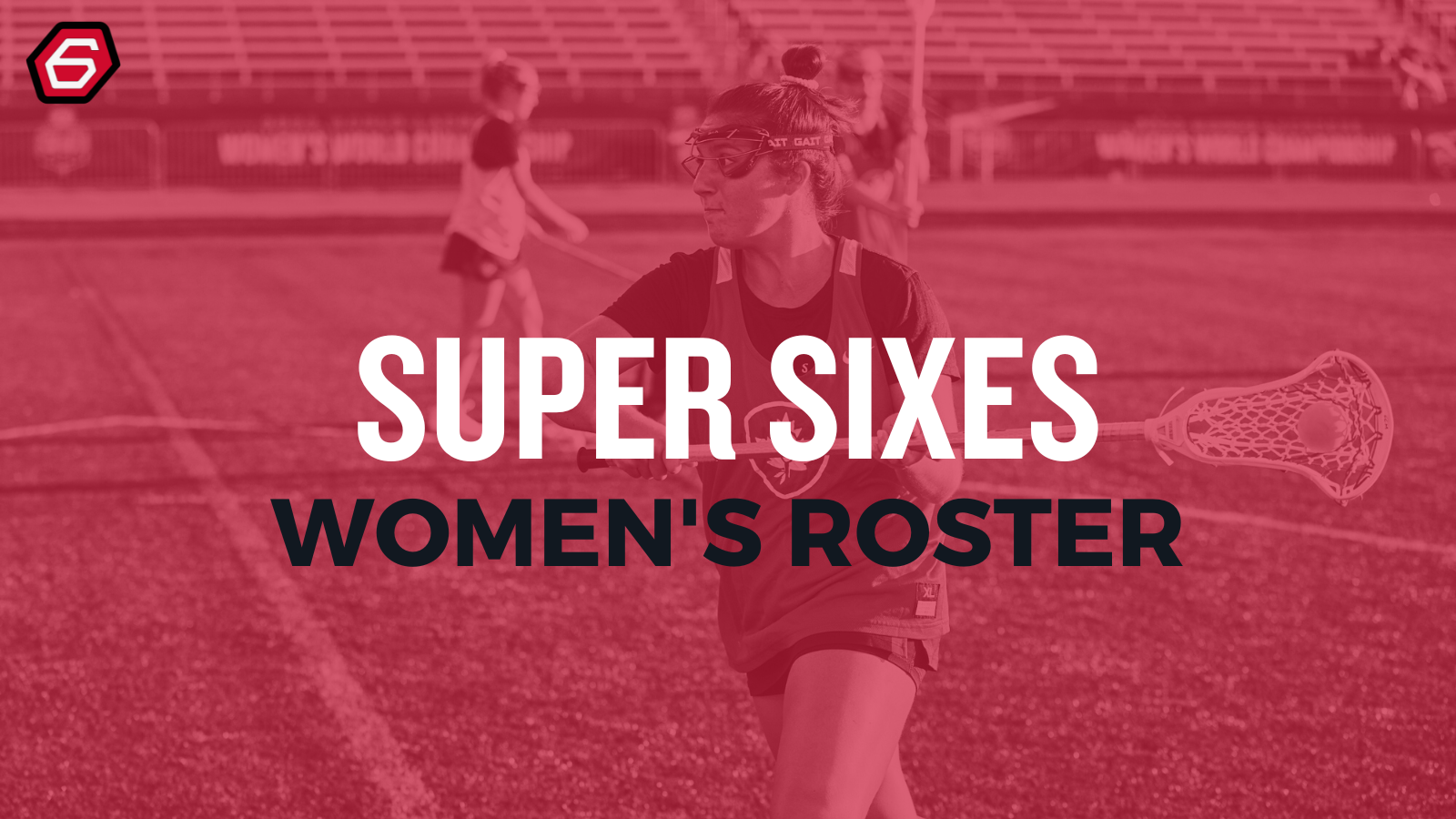 Oshawa, ON—Lacrosse Canada is proud to announce the coaching staff and players who will compete in Oshawa, Ont. October 7-10 against England, and Haudenosaunee in a friendly international instalment of World Lacrosse Sixes.

Canada is coming off a gold medal victory at the World Games and looks to further the development of Sixes lacrosse nationally, as well as internationally.

World Games gold medalists Erica Evans, Megan Kinna, and Annabel Child will participate in the event, along with Kameron Halsall, Bianca Chevarie, and Bryar Hogg, who were members of the women’s field national team that captured silver this summer.

The 12-player roster will be filled out by talent from across the nation, including members of the 2019 U19 women’s national team. Full roster details are available at the end of this release.

Fans are invited to come check out Sixes in action for free during Thanksgiving weekend at the Civic Recreation Complex in Oshawa.

“I’m so grateful and excited for the opportunity to showcase our country’s Sixes talent on Canadian soil!” said Megan Kinna, who will be participating in the event following a gold medal win in Birmingham three months ago.

Currently the head coach and general manager of the NLL’s newest franchise, the Las Vegas Desert Dogs, Williams has a long and storied career in lacrosse, and with Team Canada. The head coach of the 2022 Minto Cup champion Whitby Warriors, he was inducted into the NLL Hall of Fame as a first-ballot nominee in 2021. He was a member of the 2006 men’s championship field national team that captured gold, and his other accolades include being a 2x NLL champion, 2x Mann Cup champion, MLL Champion, and 6x NLL All-Star.

Markew had a national team career that spanned over a decade, including playing in the 1999, 2001, 2005, and 2009 world championships, and being the assistant manager of the 2013 team. A graduate of James Madison University (2005), she was team captain and finalist for female athlete of the year. Markew has remained heavily involved in lacrosse, coaching all levels of field lacrosse from youth to elite for over 20 years, and development of the grassroots level of box lacrosse.

Katie Ranger was an athlete in the women’s national team program for over 13 years and an assistant coach for the 2019 FIL U-19 Women’s Field Lacrosse World Championships.  On the field, she was named to the All-World Team at the 2013 FIL Women’s Lacrosse World Championship as a defender and was co-captain of the senior women’s team during their 2017 campaign. While playing at Penn State University, Ranger was the team’s captain and ranked in the top-25 in NCAA Division I for ground balls and caused turnovers. Ranger is also a national-level referee in women’s field lacrosse.

Bull was a member of Team Canada’s 2011 U-19 bronze medal team, and would go on to coach the 2013 and 2015 Team BC junior female box lacrosse teams to national championship gold medals. A graduate of Canisius College, she was a 4x Metro Atlantic Athletic Conference (MAAC) champion, 3x First Team All-MAAC, and 2014 MAAC defensive player of the year. She has coached Team BC field lacrosse since 2013, and was named head coach of the female program in 2021. Bull was the head coach of the first-ever female BC box lacrosse team to compete in the Canada Summer Games, where they would finish with a silver medal. She is currently the associate head coach of the Team BC women’s field lacrosse senior team.

Tami Rayner, having coached both the Senior and U-19 teams previously has now stepped into the new role of General Manager. Rayner has coached women’s national teams to bronze, silver and gold medals and now brings her leadership in a new role. An alumna of the program, she has competed in both world championships and world cups representing Canada five times as a player. A long-time head coach with the U-19 Team Ontario women's field program, Rayner holds bachelor's degrees in psychology and elementary education, as well as a master's in educational leadership.